Free Law Project Adds More than 1.5M Opinions to its Collection Thanks to Data Donation 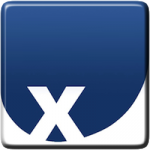 After many years of collecting and curating data, today CourtListener crossed some incredible boundaries. Thanks to a generous data donation from Lawbox LLC, our computers are currently adding more than 1.5M new opinions to CourtListener, expanding our coverage to a total of more than 350 jurisdictions. This new data enables legal professionals and researchers insight into data that has never before been available in bulk and greatly enhances the data we previously had. This data will be slowly rolling out in our front end, and will soon be available in bulk from our bulk downloads page. A new version of our coverage page was developed, and, as always, you can see our current coverage for any jurisdiction we support.

It's difficult to overstate the importance of this new data. In addition to being a massive expansion of our coverage, it also brings some notable improvements to the project:

As you can tell, this is a very big day for the Free Law Project and the legal world --- one that we've quietly been working towards for months. Over the remainder of the week we will be writing two additional posts about this topic, explaining the design work behind our new jurisdiction picker, and the process we use to merge new corpuses in with our existing data.

We hope that these new opinions and features will unleash a new surge in legal research and technology, and that you'll help support our project so that we can continue bringing these technologies and information to the fore.