Releasing V3 of the API, Deprecating V1 and V2

This post is one with mixed news, so I'll start with the good news, which is that version 3.0 of the CourtListener API is now available. It's a huge improvement over versions 1 and 2:

The new version of the API is a huge improvement over the old version, and I highly suggest reading the new documentation to get a feel for what it's capable of. 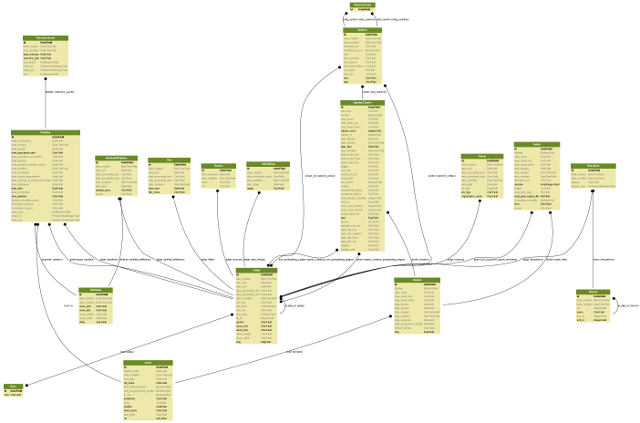 The design of the new database

The bad news is that versions 1 and 2 of the API are being deprecated with some haste. We investigated how difficult it would be to support these versions longer, but there are a number of problems that really can't be solved. The showstoppers are:

There were some other problems too, but given the low amount of financial support we've received for versions 1 and 2 of the API, we cannot continue supporting them.

Deprecation of these APIs is planned as follows:

This is a pretty aggressive deprecation policy, but it should be plenty of time for even complex clients to upgrade. Indeed, the new versions of the API are not so different from the old.

If you have concerns about this time line, please get in touch.

There are two major changes in the new API, both designed to make it more powerful and clear. First, the Citation endpoint has been folded into a new endpoint called OpinionCluster. This is a major simplification of the API since the Citation to Document relationship was always 1-to-1 anyway. By combining them, we eliminate the need to think about both of them individually. For legacy purposes, we have created a new field in the OpinionCluster objects called citation_id, which contains the id of the old Citation objects.

The second big change is splitting Documents into OpinionClusters and Opinions. The way to think about this is that Opinion objects have the information that applies specifically to a dissent, concurrence, etc., such as the text of an opinion, the author or the judges that joined in the opinion. In general, it's a pretty simple object. OpinionCluster objects contain all the information that applies to the entire opinion like the date filed, any citations from West, Lexis or elsewhere, and pretty much everything else. As mentioned in the announcement post, this will make the API much more powerful.

Aside from these two major changes, the other changes are an overarching normalization of field names, the addition of judge endpoints, which we'll be announcing in more detail soon, and an expansion in the power of API filters.

In general, we think this upgrade to the API is going to really be powerful and we're really excited to be offering it. We'd love to support all versions of every API forever, but hopefully the deprecation policy will be long enough to upgrade your deployments.

If you have questions or ideas about any version of the API or if you need help with your upgrade, please get in touch.