Yesterday, along with Daniel Schuman of Demand Progress, I had the privilege of presenting to the FOIA Advisory Committee to the Archivist of the United States. He presented on the topic of what public access, FOIA-like laws might look like in the Legislative Branch, while I focused on the Judicial Branch.

To prepare for this meeting, I spoke with a number of FOIA and transparency experts to get their perspectives on and concerns about such a law. The general thrust of those conversations led to two major points that I made in my presentation:

1. We need more transparency from the Judicial Branch

Currently, the Judicial Branch responds to record requests under the Common Law Right of Access doctrine. This approach, established by English Parliament in 1372 and hence inherited by the United States, is essentially the default access that the public has when seeking records. In theory, it provides a balance between the public's need for transparency and the government's need for privacy or secrecy.

Unfortunately, the Common Law Right of Access is largely untested outside of in-court records, and when it is tested, it lacks the sorts of timelines and bright-line rules that come with modern sunshine statutes.

There are numerous examples of where this approach falls short — where more transparency would help both the public and the Judicial Branch itself — but here are three from recent history:

The point of these examples is to show that, like any public organization, the Judicial Branch is not free from scandals, and that further transparency would be good for the public and the branch itself. In other words, we need more transparency.

2. There is a thirst for information from the judicial branch that is going unquenched

Nearly everybody I interviewed in preparation for yesterday's meeting said that it was too difficult to get even basic records from the Judicial Branch. As a result, many people did not even bother asking — they already knew the response would be long and arduous with little likelihood for success (I count myself among this cadre). From those people that did request records, I heard several stories of how their requests failed for one reason or another.

Coming out of these conversations, I did not get the impression that a public access law for the Judicial Branch would be easy. In particular, there are a number of tricky questions around second-order impacts, what to except or include, and enforcement. As judges became subject to a public access law of their own, would that impact their perspectives while adjudicating existing FOIA laws? I.e., would we have greater breadth of public access — now it applies to the Judicial Branch — while reducing the depth we currently have — judges now feel the law more personally? What kinds of records carve outs would we want? To whom would you appeal if your request was denied? These are good questions, and they deserve careful consideration.

At Free Law Project, we plan to continue working on this issue and will soon be making a decision about how and whether to pursue it legislatively. If you're interested in being a part of this work, we'd love to hear from you.

Here is my presentation: 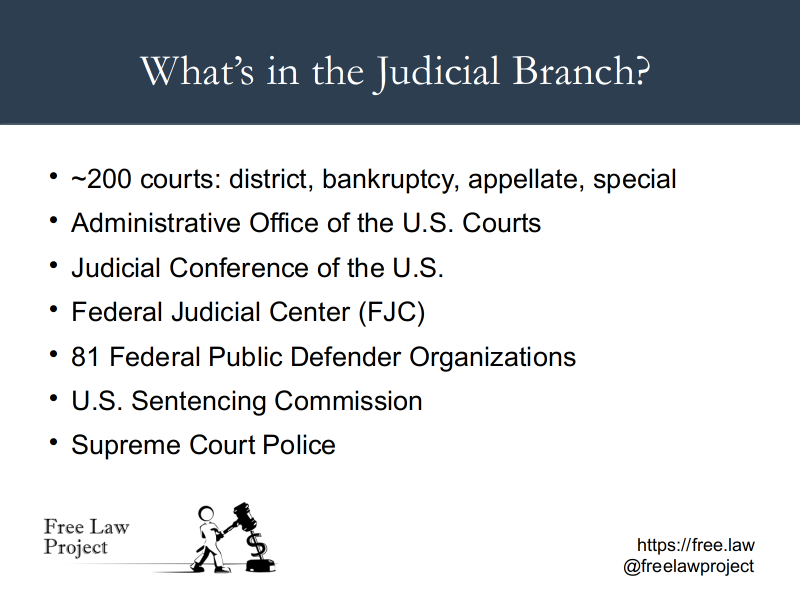 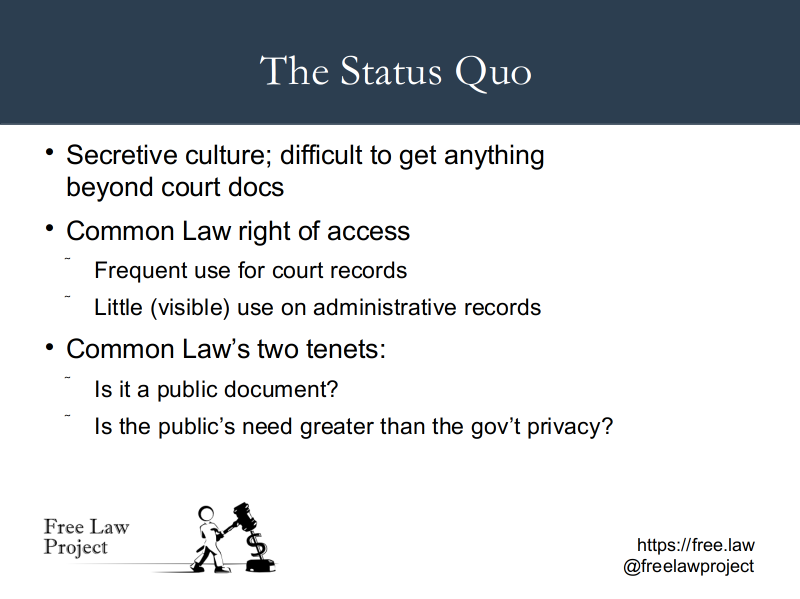 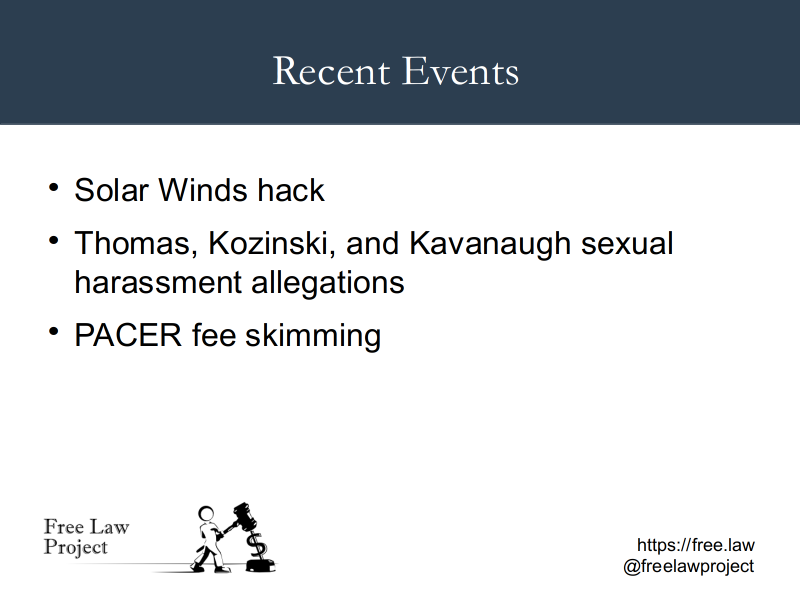 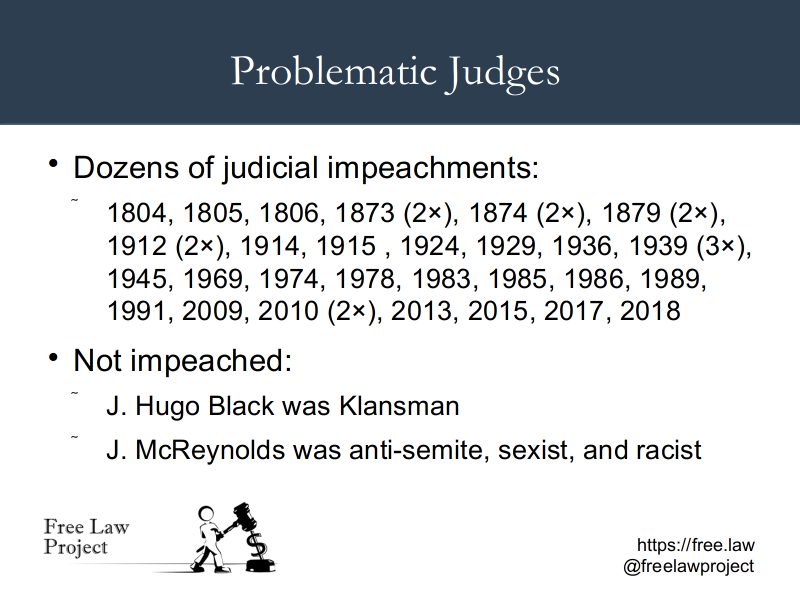 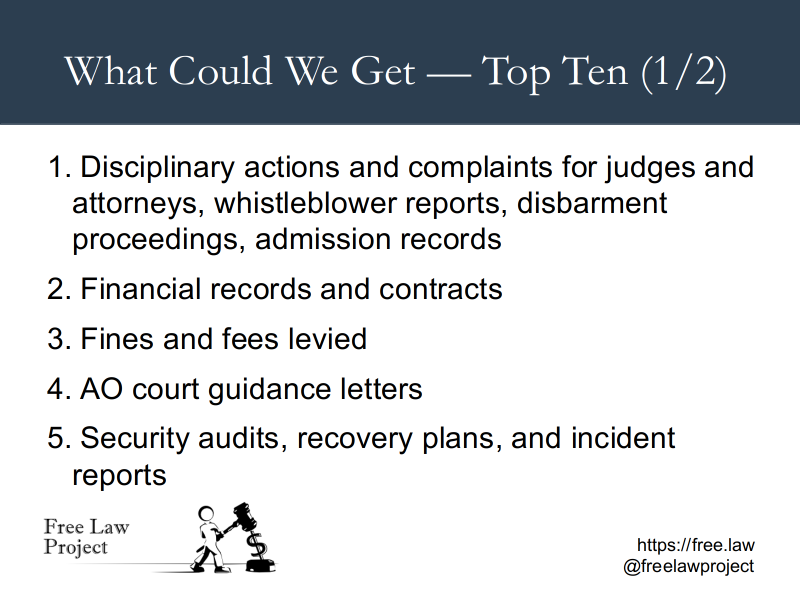 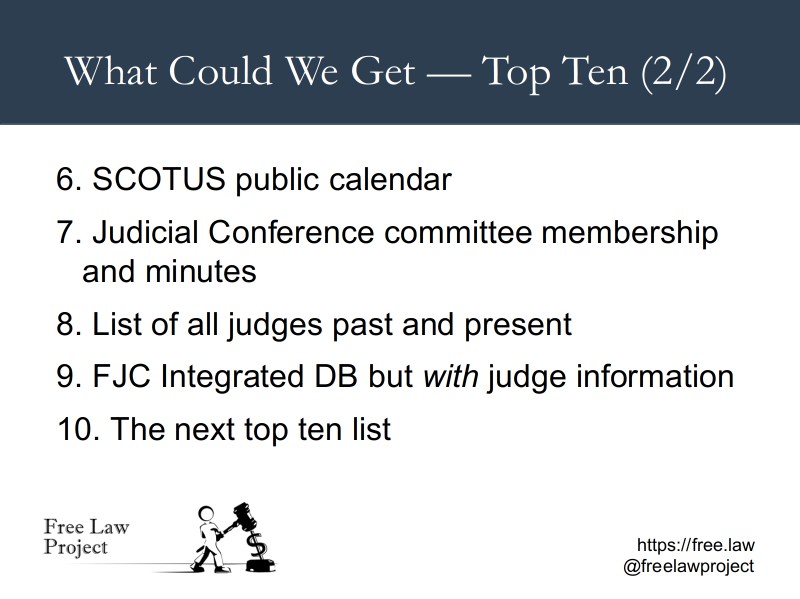 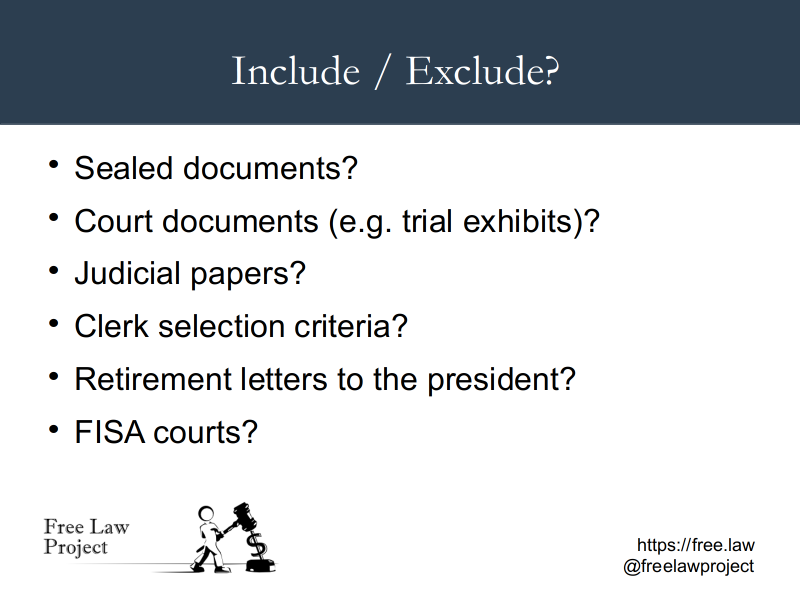 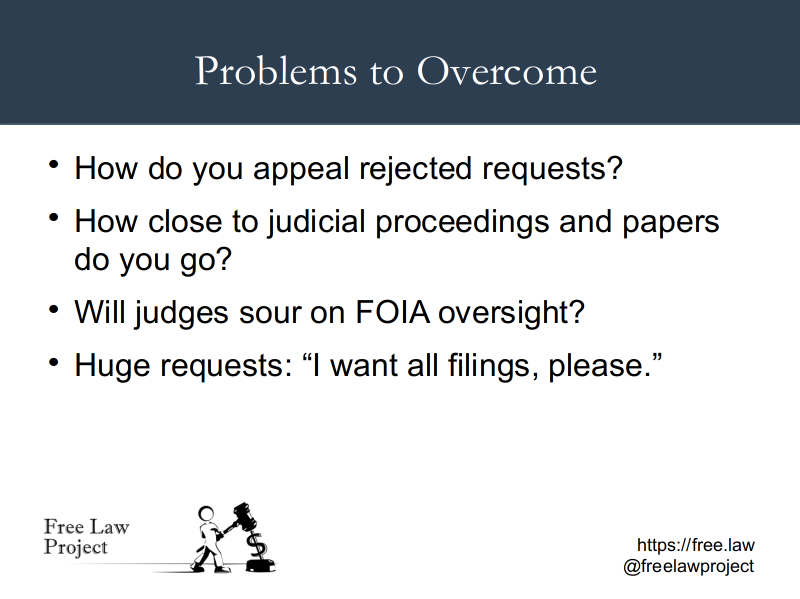 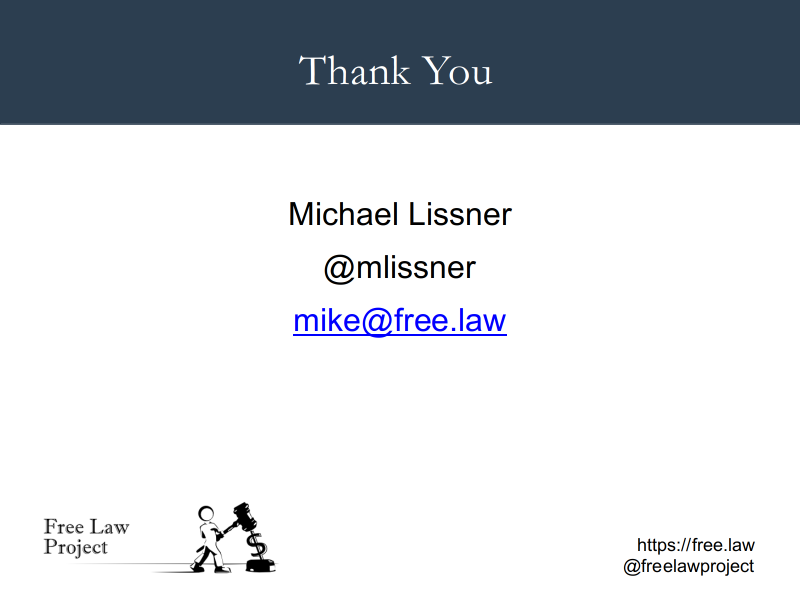