A recent announcement on the federal PACER website indicated that PACER documents from five courts prior to certain dates (pre-2010 for two courts, pre-2012 for one court, etc.) would no longer be available on PACER. The announcement was reported widely by news organizations, including the Washington Post and Ars Technica. The announcement has now been changed to explain, "As a result of these architectural changes, the locally developed legacy case management systems in the five courts listed below are now incompatible with PACER; therefore, the judiciary is no longer able to provide electronic access to the closed cases on those systems." See a screenshot of the earlier announcement without this explanation: 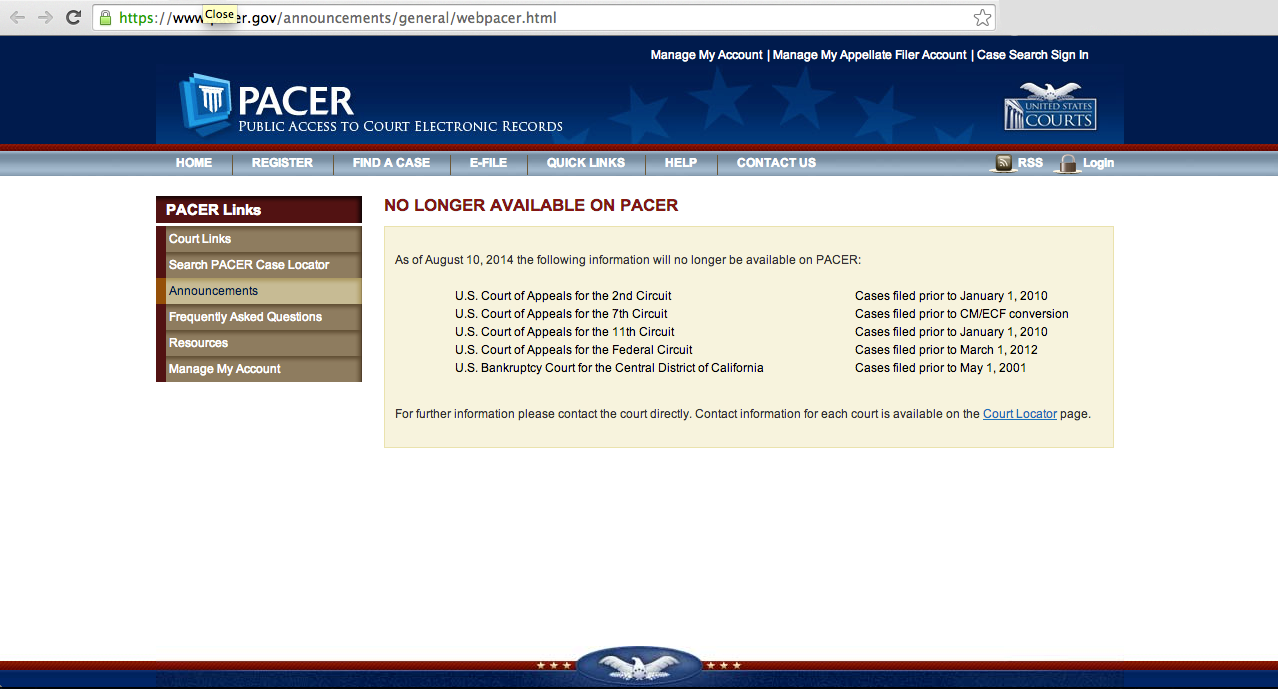 This morning, Free Law Project signed on to five letters from the non-profit, Public.Resource.Org, headed by Carl Malamud, asking the Chief Judge of each of these five courts to provide us with access to these newly offline documents. The letter proposes that we be provided access in order to conduct privacy research, particularly with respect to the presence of social security numbers in court records, as Public.Resource.Org has done previously in several contexts. In addition we offer to host all the documents in a free public archive, at the Internet Archive, as we do now with RECAP documents. Free Law Project would also plan, ultimately, to incorporate the documents into our CourtListener platform, for even easier full-text searching and public accessibility.

The National Law Journal collected various tweets from lawyers and academics upset over the PACER announcement, and the general reaction to the surprise decision has been dismay, as many of these practitioners and professors rely on these documents for their work. We hope the Chief Judges we have reached out to today will agree to our request and allow us to get these documents back online for the public as soon as possible.